From Pencil Sharpener Museums to the only Washboard Factory in the United States, Hocking Hills is home to some unique and quirky quick stops in Southern Ohio.

Imagine 3,479 pencil sharpeners in one room.

Actually, not even a room, but a shed.

The collection was cultivated by Logan local Rev. Paul A. Johnson over the course of 20 years after retirement in 1988. Kept in a small one-room shed in his yard, it and the collection were donated to the Hocking Hills Tourism Association after he passed away in July 2010.

"The whole thing started with two metal cars, my wife bought for me as a gift in 1989,” he told Beverly Johnston in a Aug. 2007 edition of OhioTraveler. “Little did she know I would take off running with the idea … I now have over 3000 different sharpeners, with NO duplicates in here."

Now known as the Paul A. Johnson Pencil Sharpener Museum, the shed has a new shine as it and the sharpeners it houses sit on display at the Hocking Hills Regional Welcome Center.

Having been featured in national magazines and newspapers, the museum has been hailed as the largest collection in America.

Murals in Nelsonville and Logan

Looking at the murals in downtown Logan, Ohio, most wouldn’t guess the artists behind one of the creations were a group of High School students participating in an after school program, Beyond the Bell, with the Dairy Barn in Athens, Ohio.

The effort, easily viewed on Market St., sits on the rear wall of Maya Burrito. Unveiled as the Four Seasons of Active Life in 2015, its purpose is to depict the beauty of the area while celebrating the plethora of activities available throughout the year.

Downtown Logan is also home to an impressive mural of the Upper Falls at Old Man’s Cave, a Chief Logan mural and more.

Continuing the mural tour along Rt. 33 further south in Downtown Nelsonville, includes a ram along the building at Rocky boots and a mural depicting its history on the rear of a building in Public Square unveiled in 2015, among many others hidden throughout the historic downtown. 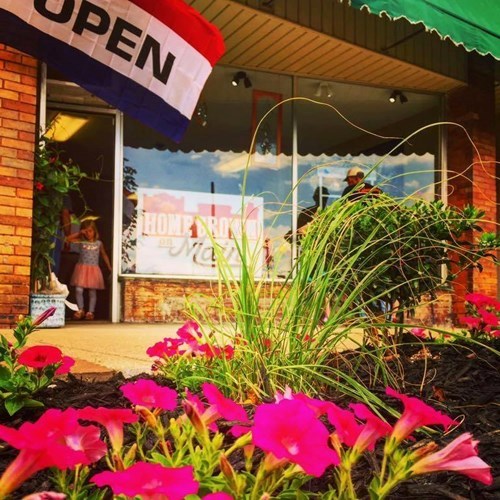 Take a break from the road and get creative at Homegrown on Main. The store located in the heart of Downtown Logan was created to provide a new home for local artists and their work after the Hocking Hills Dinging Lodge burnt down in late 2016.

The location hosts an array of affordable workshops from knitting, basket making, painting and more.

No time? No problem!

The store also provides a great opportunity to get acquainted with local artists and their work, available for purchase to gift to that special someone. 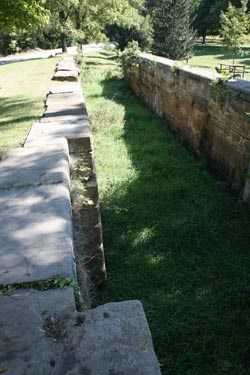 The Hocking Canal was actually an important branch of the Ohio and Erie Canal, authorized in 1836. Its creation allowed the junction at Carroll, Ohio, connecting south all the way to Athens. It primarily serviced the coal industry, but there were also several salt processors in the region.

Another privately constructed canal that was 9 miles long stretching between Carroll and Lancaster was taken over by the state to add to the Hocking. However, about 7 miles of the canal was abandoned, including the Athens Terminal, in 1874 and the entire canal system was abandoned in 1894 following the establishment of the railroad.

Full tours could span from 45 miles to 55 miles. Or, you can take a look at just one or two following the map and instructions provided by Athens County Visitors Bureau taking you through multiple county lines from Athens to Fairfield County.

For the full guide and tour map, visit the Athens website here. 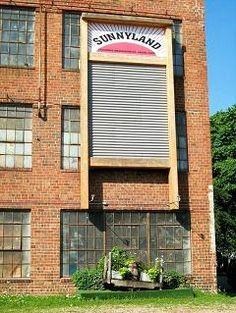 Making washboards since 1895, it is the only manufacturer still operating in the U.S. and is also home to the largest washboard in the U.S. on display on the façade of the factory building.

At the center of Downtown Logan, the park was originally designated as a farmers’ market by Governor Thomas Worthington when platted in 1816.

Part of Logan’s 1816 Public Square, the gazebo was built in 1992 featuring a bronze statue of a Union Soldier along with the engraving “In Memory of the Boys in Blue of Hocking County 1861-1865." The statue was dedicated Memorial Day 1921.

The city center is also home to multiple local shops and restaurants, as well as local events including Frozen Fest, an ice sculpture festival in January and Saturdays on Main.